“Most glorious Lord of Life, that on this day, didst make Thy triumph over death and sin…”   Edmund Spenser 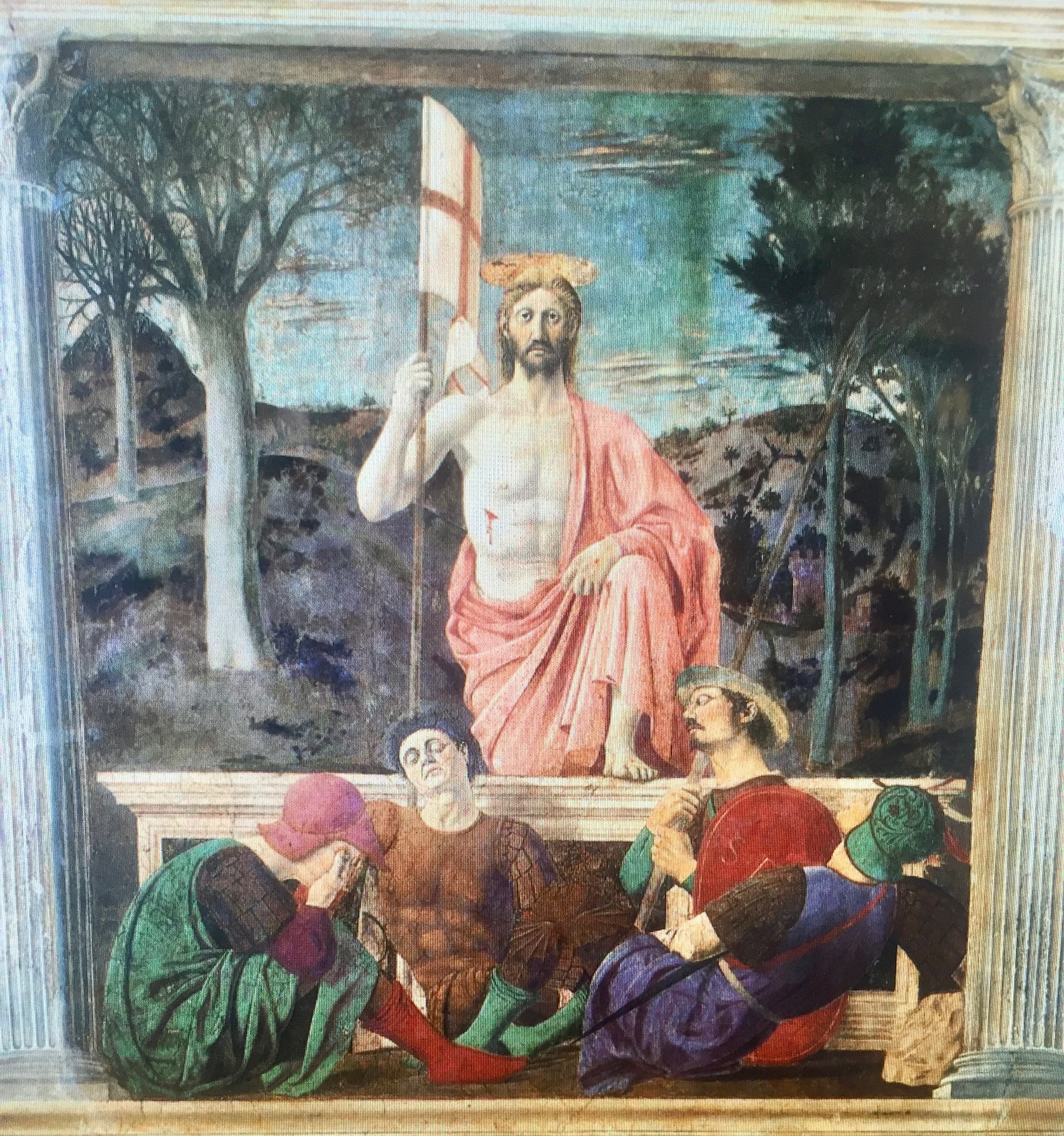 I adore the fresh greens, pussy willow and flowers of spring.  On Easter Sunday, churches celebrate Jesus’ resurrection after his death on the cross with some of these same decorations.  But our joy is grounded in a more powerful reality than the prettiness of a new season.

We worship a Savior who conquered death.  Climbs out of his own tomb!  In his hand, the banner of a Victor.  Piero della Francesca captures these truths in his fresco of the Resurrection.  He painted what many art critics call the greatest painting of all time, in 1463, in Sansepolcro, Italy.

I usually think of angels in Resurrection art.  The sleeping soldiers are more common in medieval art, a reference to Matthew 28:13.  Notice the trees on the left look dead, in contrast to the trees on the right, filled with the green of life, just like Jesus.

Crown him the Lord of light,
Who o’er a darkened world
In robes of glory infinite
His fiery flag unfurled.
And bore it raised on high,
In heaven–in earth–beneath,
To all the sign of victory
O’er Satan, sin, and death.

Crown him the Lord of life
Who triumphed o’er the grave,
And rose victorious in the strife
For those he came to save;
His glories now we sing
Who died, and rose on high.
Who died, eternal life to bring
And lives that death may die.

“He loves the Word of God”