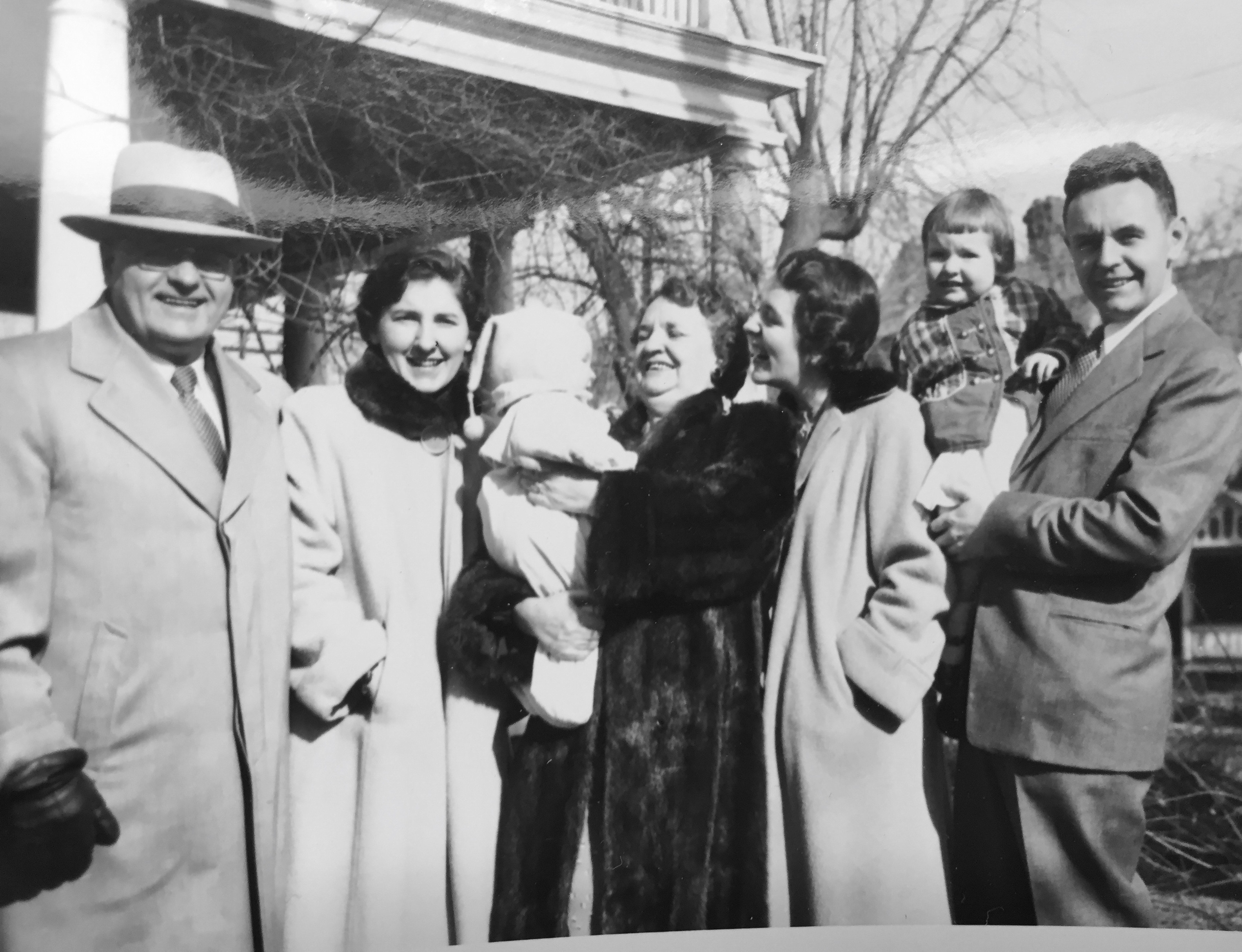 That’s me, the new baby.  I’m wearing the jester’s hat with a pompom, surrounded by a court of adoring family.  My grandmother’s face beams with love while her hands grasp me tightly.

Every time I look at that picture, taken in 1955, the year I was born, the past becomes my today.  I am loved.

I revel in the family photos, letters and legal papers I inherited from Mother and Dad.  Dad was organized, and kept these treasures in labeled manila folders, in a file cabinet.   After they died, I transferred the fragile gems into an acrylic storage container, with fresh manila folders, and a container of Damp Rid, attempting to obliterate the mildew smell.  Among the valuables in this cache:  all four grandparents’ naturalization papers from the early 1950’s.  The Robin Hood Dell program from my parents’ first date.  The menu from the Victory over Japan luncheon on Dad’s Royal Marines ship, August 19, 1945. 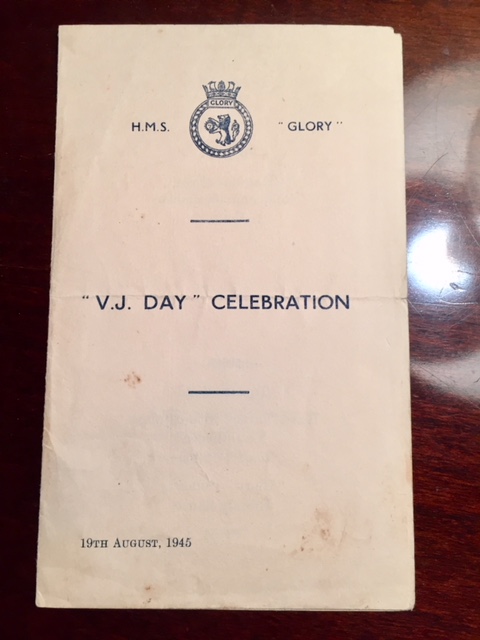 I have her marriage license, December 21, 1923,  which records her age as 26;  three years younger than the birth certificate record!

Another folder holds the 8 x 10 family pictures Dad and Mother left me! 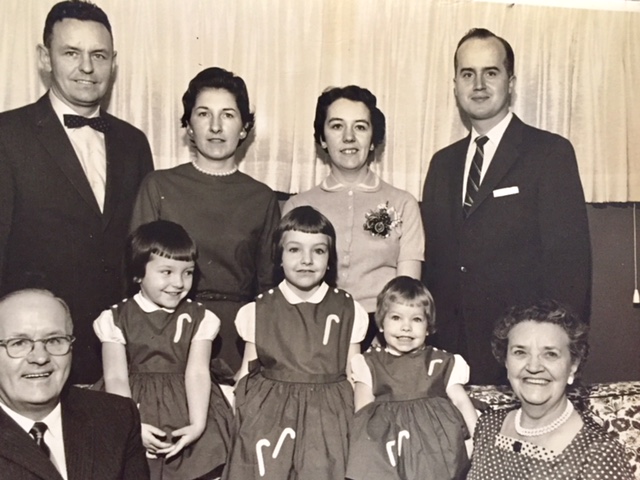 It’s more than a hobby; I’m like Alice falling into Wonderland each time I gaze into the folders.  It’s my virtual reality.  The past becomes my present.  Like a person doing jigsaw puzzles, I can’t wait to place another piece into the story of my family.  The story of me.

Which led to the phone call I made a few months ago, which led to that picture I love.  I didn’t inherit that photo of me in the jester hat from my parents.  I had to dig it out.  It came from the only living relative of my Dad’s generation on his side of the family: Uncle Don.

It took a week to find Uncle Don’s  phone number.  After my aunt died, he had remarried and moved a few blocks away in the retirement community.  I called their central office, who didn’t, for privacy reasons, want to give out his new phone number.

“Tell him his niece, Jill Mitchell Rommel, would like to talk with him,” The lady was very nice and said she would pass my number to him, so that if I was indeed who I said I was, he could contact me.

One evening, a week later, the phone rang.  It was Uncle Don.  “Jill, how good of you to call!”

At 87, his voice sounded just as I remembered.  A retired pastor, he had a gift for storytelling.  He coughed quite a bit while we chatted.  “I’m going into hospice care,”  he explained at one point.  He didn’t want to linger on that.  We laughed and chatted for almost an hour.

“We have to go up to Penney Farms and visit Uncle Don before he dies,”  I told my sisters.  It was three hours away.  “He’s dying.  We need to go soon.”

A few weeks later, his wife called.  “Jill, Don passed away yesterday.  I have your great grandmother’s soup tureen.  He wants it  to stay with the Mitchell girls.  And some family photos.”

I wanted that soup tureen.  And I was excited about what photos there might be.   I made the three hour drive to Penney Farms  with my sister for company.  When I got home, I set the delicate white tureen with red, navy and gold trim on the hutch.  I sifted through the pile of pictures.  I had seen some of them before.

Then there it was!   The picture of my grandmother holding me in arms full of love.  I set it on my desk so I could enjoy it.  Every time I look at it, I feel loved.

In the stack of photos from Uncle Don was also a daguerreotype; a word I am learning to say and spell.  A picture on glass.  In the corner is a seal from the Glasgow, Scotland optical company that made it, circa 1900.  That same grandmother, Lily, as a young girl, stands  with her arm around her beloved dog Jocko. 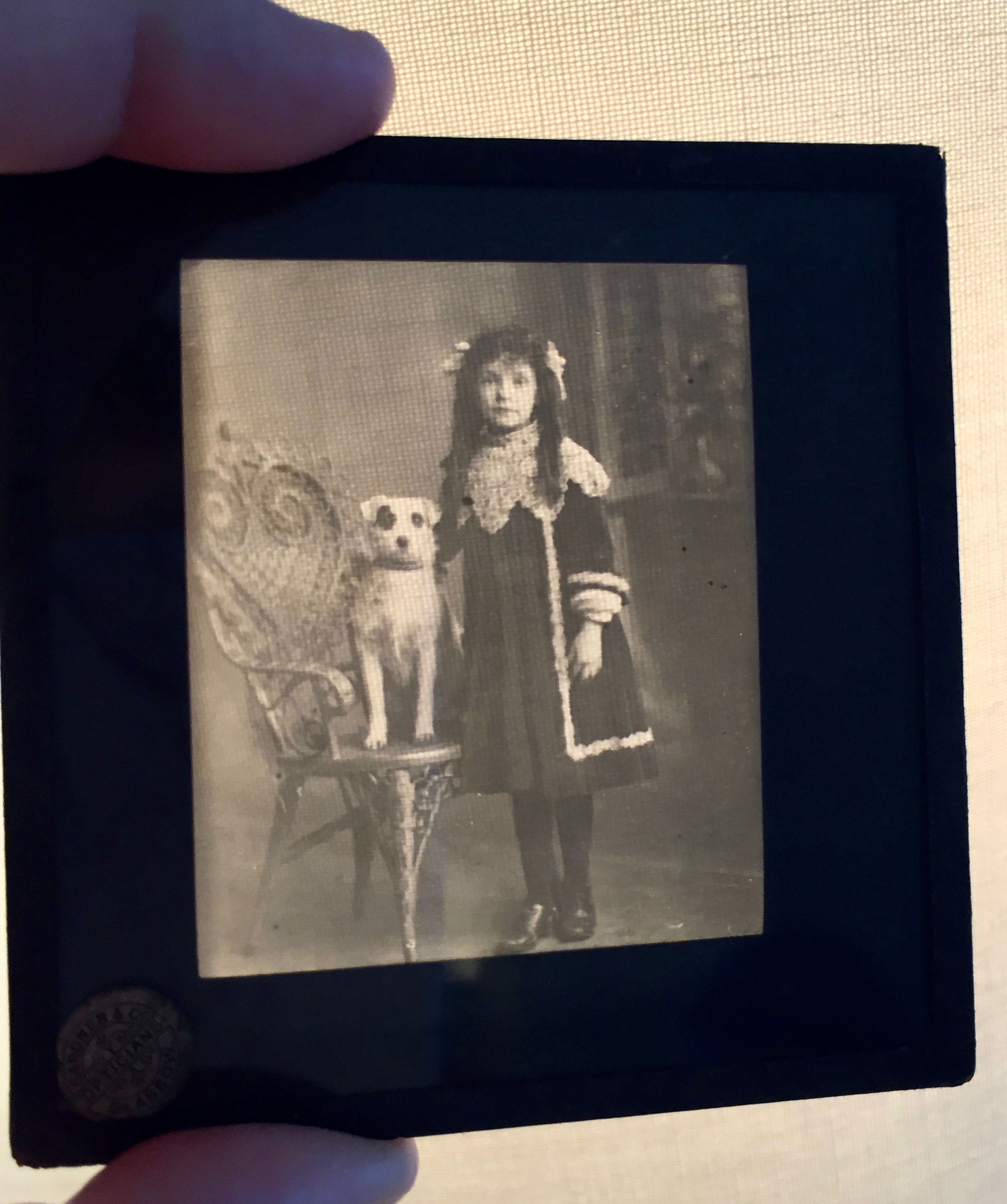 In 1955, that grandmother had her arms around me.  It really happened.  A picture proves it.

Someone told a memoir writer once, “You’re lucky to be writing a memoir.  At least you don’t have to do any research.”

Wrong.  We do research.  And it’s addicting fun.

Lily Sutherland Mitchell, her arms around her great grandsons, my sons, Mike and Jeff, in 1984. 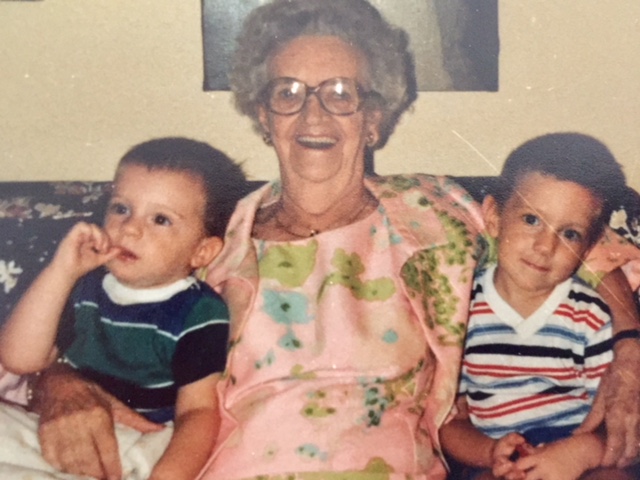 “…I was once my father’s daughter, tenderly loved as my mother’s only child…”   Proverbs 4:4