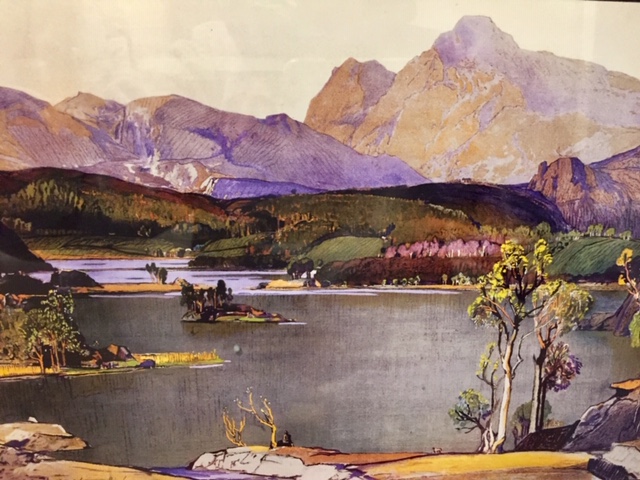 Mary Queen of Scots stayed in Dumbarton Castle as a child, just blocks from where my grandparents lived on 4 Wallace Street.  So I couldn’t wait to see this movie… I have Scottish blood in my veins!

Mary then fled to France, married Francis II, twenty years later returning to England and Scotland .   Lots of potential for story here with French court intrigue, religious power struggles for Elizabeth I’s throne, murders and deceit.  Too bad the film, with beautiful costumes and gorgeous settings, didn’t go there.  Whoever made the film was focused on conveying the message that men are jerks and women aren’t, and breezed through any attempt at a coherent storyline.  Saiorse Ronan sure looked pretty in her close up shots, but wouldn’t the real Mary have spoken with a French accent, having grown up pretty much in France?

One of those films so eager to be ‘realistic’ they show detail of Mary getting her period, and then at the same time, they show Queen Elizabeth’s chief ambassador as African American and her courtiers as Asian. Really?!

Except for the scenery and costumes, a waste of time to watch a filmmaker in 2018 with a gender axe to grind, fantasize about 16th century history.