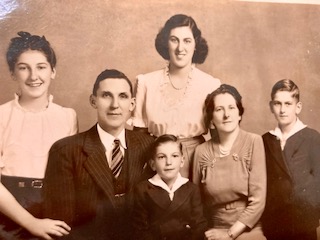 My uncle, Thomas Telford, claims the spotlight, seated in the center of his family.  His father, Dr. Andrew Telford, preoccupies his mind. And mine.

So many family stories are told in pictures now.  I document my life with the camera on my phone daily.  In 1895, when Andy and his twin Huey were born, cameras were not everywhere.  I have a few pictures:

The family farmhouse in Canada. 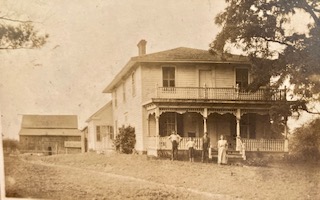 Andy as foreman on a horse farm.  He was ‘saved’ in his late teens when the town blacksmith invited him to a gospel meeting. 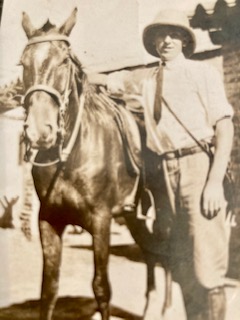 John 5:24 was the verse that started Andy’s love of the Word of God, “Truly, truly, I say unto you, He that heareth my word, and believeth on him that sent me, hath everlasting life, and shall not come into condemnation, but is passed from death unto life.”  King James Version 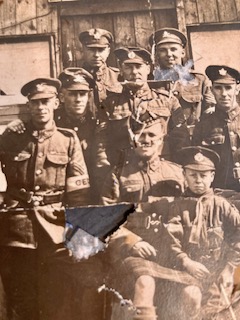 After serving in France in WW I (top right back row), he came home to leave for the Moody Bible Institute.  He graduated in 1921, and left for Bolivia, South America, to share the good news of Jesus with the Indians. 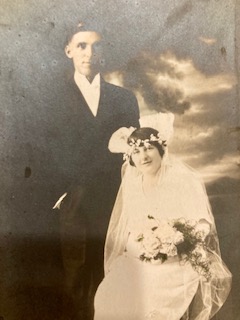 Two years later, he returned and married Erie May Clifford.  Better known, ‘May,’ my grandmother served alongside my grandfather as he pastored churches: one in Three Rivers, Michigan, The Metropolitan Tabernacle in Ottawa, Canada, which he literally built during the Depression, and Berachah Church in Philadelphia. 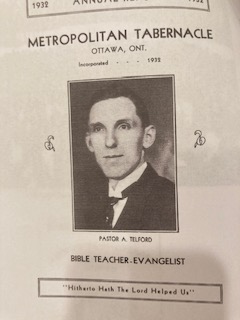 In a Berachah 50th Anniversary celebration, Andy wrote, “… if there is one thing embedded in me it is the Bible.  The longer I read it and preach it the more staggering and wonderful I find it to be.”

I have pages and pages of his sermon outlines.  They jump off the page with truths that still comfort, convict and command. (Andy loved illiteration.) 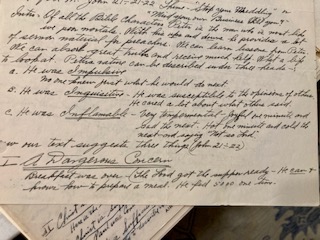 IV.  Christ is a Friend whose sympathy I can depend on.  Hebrews 4:15 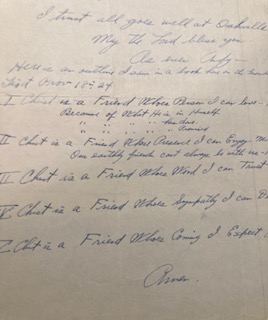 And my grandfather wrote family letters on the other side of the sermon outlines.  He addressed mine, “To My Darling Sweet, Loving, Little Granddaughter,” or “My College Chum.” 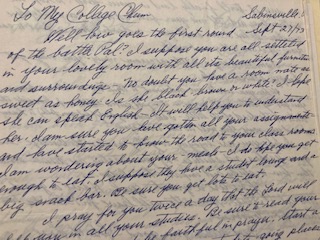 He retired from the pastorate in 1966.  Before then, he also taught at Washington College of the Bible and Philadelphia College of the Bible.  Now he would merely travel the summer Bible conferences and churches in the eastern half of the United States, until he was in his 90’s.  He taught at Gull Lake, Sandy Cove, Camp Manor, Odesaga, Maranatha, etc.  He believed the radio was the way to reach people so taught there, too. 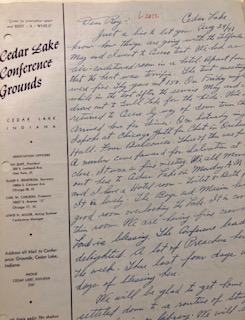 He also authored 17 books, “Subjects of Sovereignty,”  “Why No Divorce,” and “Pearls for Practical Preaching,” and other Bible books, which he sold at his speaking engagements, to eager students.   Each of his ten grandchildren received copies. 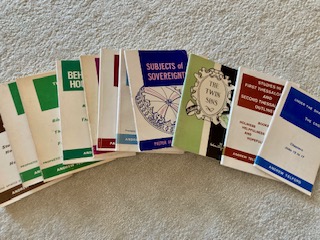 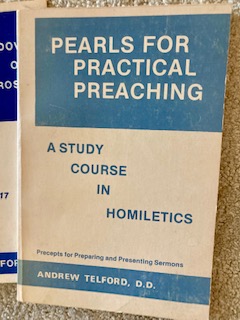 “Pearls…”  still delights me.  All the books are worthwhile.

I sift through his writing and get lost in the creativity of his vocabulary.  He made God’s truth accessible for all.

I get overwhelmed when trying to find a way to summarize all he achieved for the Kingdom of God.  He studied, wrote, taught, fathered, grandfathered, mentored seminary students, built churches, built a Bible conference, rebuilt it when a storm destroyed much of it, bought horses for Bible conferences, and cut the lawns at the churches where he preached.

He felt reading the paper was a waste of time and never did it.  He was not solemn, and lit up a room with colorful questions, like “How’s your liver?” and “Where did you go to church this week?”  He enjoyed the TV show “Hazel.”  And bringing me fresh fruit from the farms in Lancaster, since his daughter, my mother, didn’t care for it.

His writing, done from the solitude of his study or on the train or bus, (“I prefer them to driving since I can study there), or from the homes of the people of the churches where he was staying for the week, where he would be alone, away from family for weeks at a time,  instructs and inspires.

A jaw dropping life.  A close friend, Archie McGilvery,  called him, “The 20th Century Caleb.”  True.  Caleb was God’s hero through his 80s.

“… if there is one thing embedded in me it is the Word of God.” 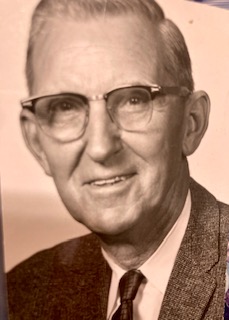