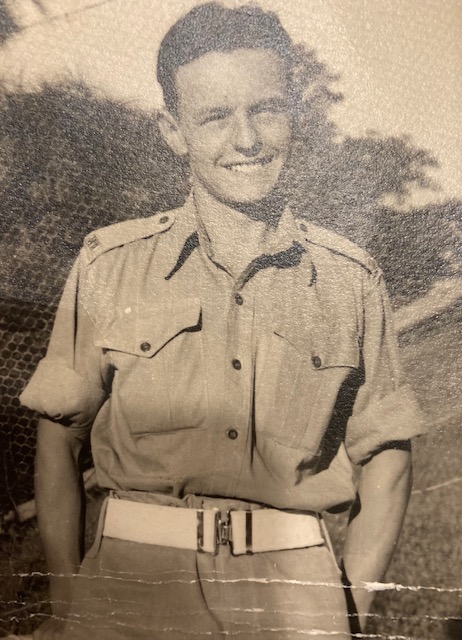 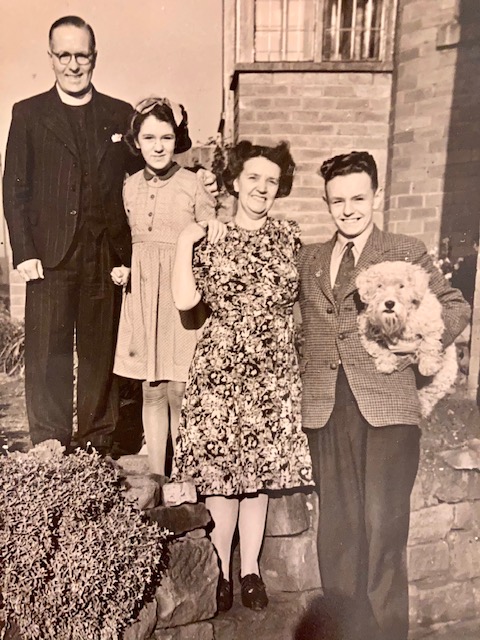 He traveled to Deal, England, to enlist in the Royal Marines in October 1943.  This is that ‘last day’ photo before leaving his mother, father,  little sister Ruth, and the family dog Carlos, at 20 Valley Drive, Gateshead.  He was 18 years old. 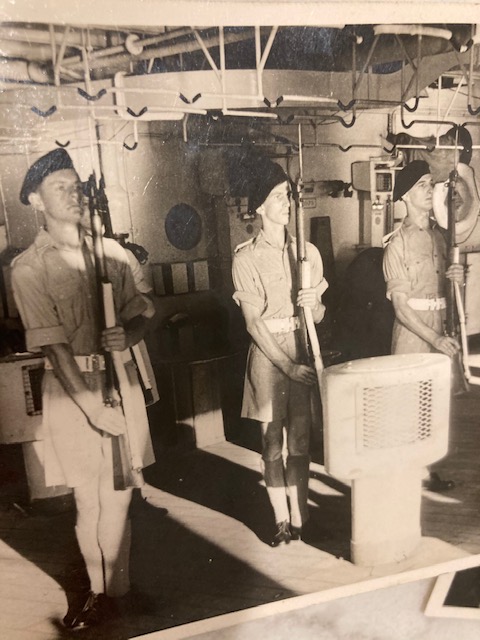 H. M. S.  Glory sailed from Belfast to ports around the world: Alexandria, Egypt to Australia and the Japanese surrender in the Pacific in 1945.   I can see in the pictures that Dad lost weight.  Dad told us his mother sent him a chicken in a tin can, she was so worried about how thin he was getting.  I can hear Dad laughing:

“When I opened the tin, the chicken had to be thrown overboard immediately.” 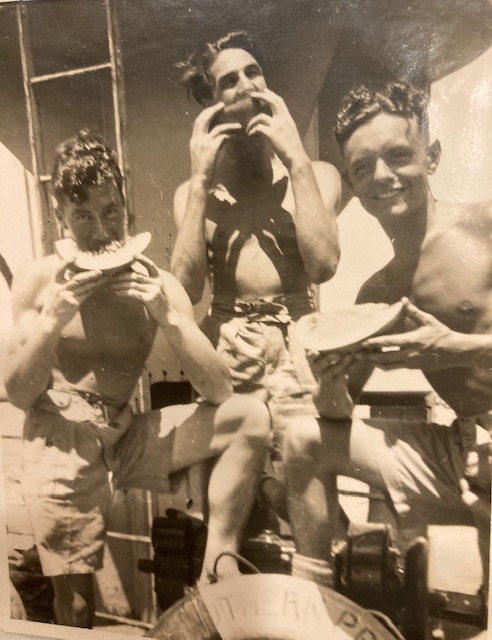 Dad earned the nickname “Posty” with his ‘pals’ (his word) because his job on the ship was delivering the mail.  I can’t figure who took these pictures or who owned a camera and where they developed the film, during a war.  Dad learned a cheerful attitude from his commanding officer.

“We started each day by looking in the mirror and saying, ‘In every way, throughout the day, this is going to be the best day of my life.” 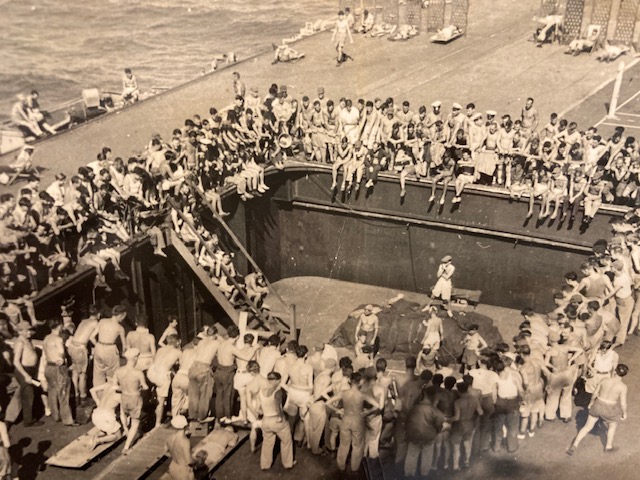 The men entertained each other with shipboard shows. 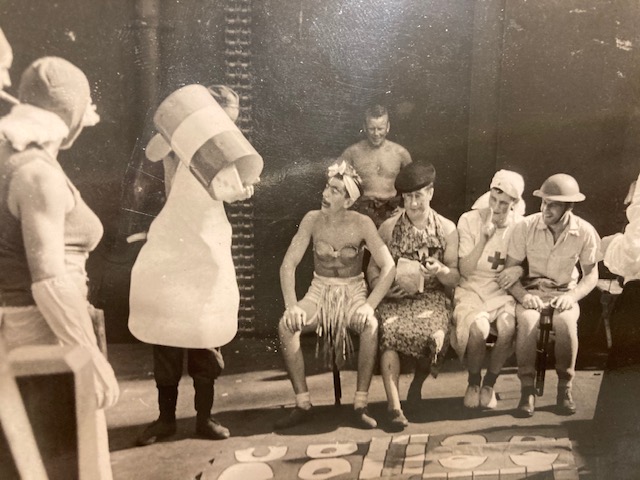 Dad also told stories of the planes that missed the ship’s runway and disappeared into the sea.  Or the horrors of transporting the British P. O. W.’s from the Japanese camps after the surrender.

“They were in terrible shape.  Many didn’t make it home.” 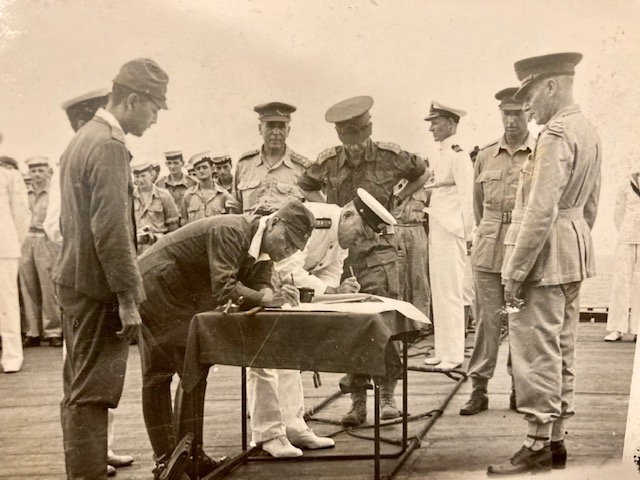 Dad told us he held the pen at the signing of the Japanese surrender, which wasn’t true.  But the Japanese did surrender to Britain on  his ship the H. M. S. Glory on September 6, 1945, at Rabaul, off the coast of New Britain, now New Guinea.

Dad’s hero throughout and after the war was Prime Minister Winston Churchill.

“We shall never surrender, and even if, which I do not for a second believe, this island, or part of it, is subjugated and starving, then our Empire across the seas, armed and guarded by the British fleet, will carry on the struggle, until, in God’s good time, the New World, in all its strength and might sets forth to the rescue and liberation of the Old.” 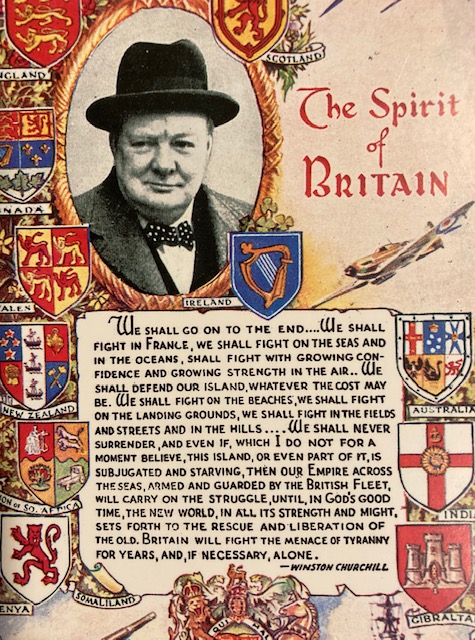