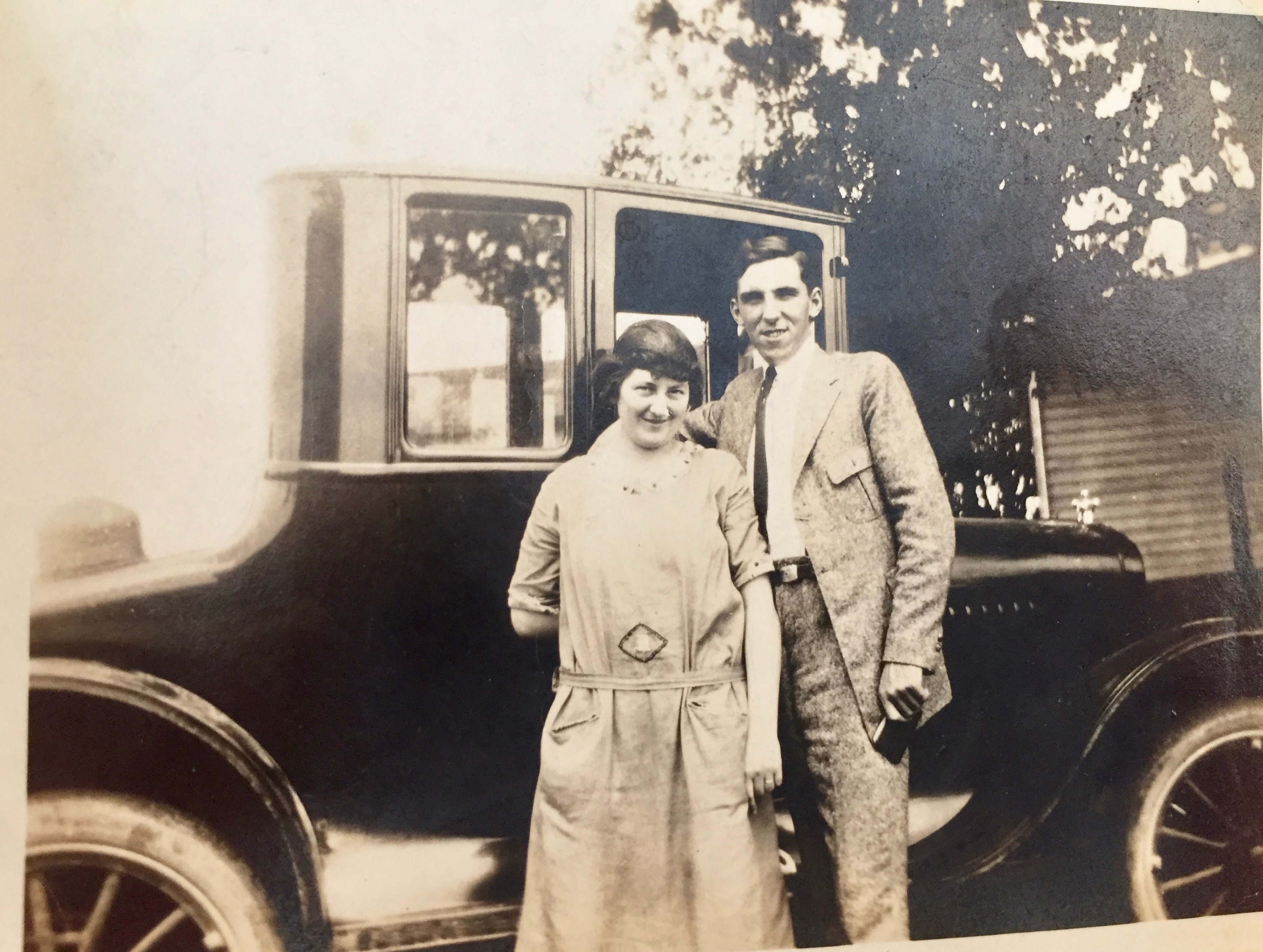 My grandmother, Mommom, with a shy smile on her face, stands beside my grandfather, Poppop, confidently holding his Bible.

“I thought you were going to tell the story about your grandfather’s book,”  a friend confided, after Share Night, the last session of Bible Study Fellowship’s study of Romans.

I intended to.  But writing a vignette about what this year meant to me would be like trying to critique Calvin’s theology in 71 pages.  Poppop did it, in his book, “Subjects of Sovereignty. 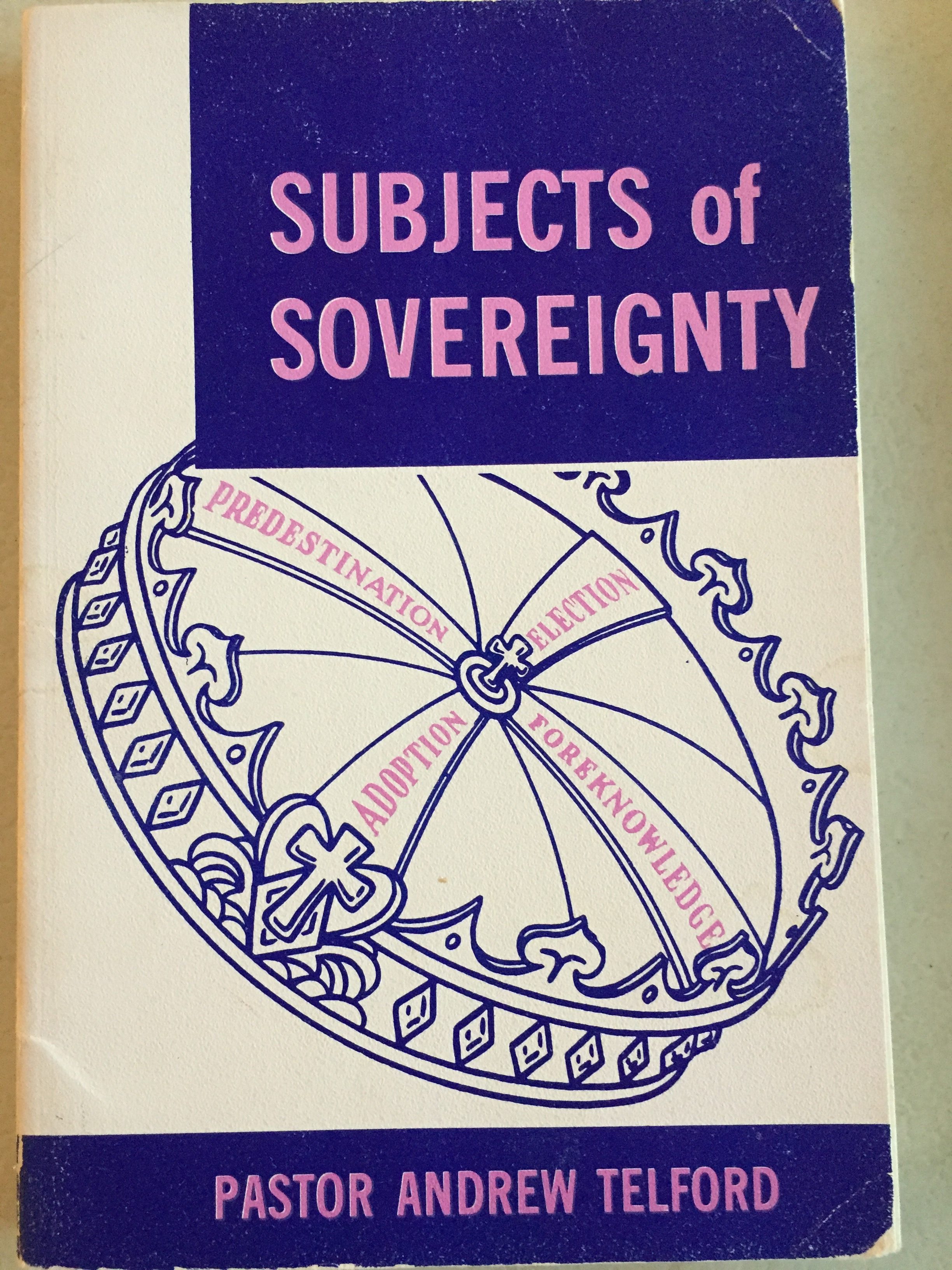 I discarded attempt after attempt to summarize my year in Romans.  Too complicated? Just whining?  Finally, I settled on a few jumbled words for Monday night.  “I hesitated to study one of Paul’s letters, because he’s so brilliant.  I saw God’s love in every chapter.”  True, but not the whole story.

The real story includes my grandfather and my most challenging year in BSF.

I’ve been in and out of BSF since 1984.  At Wheaton my major was Christian Education, so I was curious to see how this study worked.  They had a children’s program for our son Jeffrey.  My mother was the class Teaching Leader, too.   I loved it.  The following year I was invited to be a Group Leader.   The training I received at BSF reinforced everything I learned in college.  Using those skills,  I went back to my church and met ministry needs there.

Firsthand, I’ve seen people come to Jesus as they study the Bible in BSF.  Last year, in John,  I had a woman in my group new to Bible study.  Throughout the year, she did her lessons, participated honestly in the discussions, and let us know she was not sure about what she believed.  “I think people are arrogant who say they can know God,”  she shared once, with her quiet and gracious voice.

This year, at the closing Share session, she stood up and said, “I always thought I was a Christian, but this year, halfway through Romans, I knew I had to believe it for myself.”  Wow.  That testimony has been repeated over and over in BSF.

I knew Romans would be challenging.  I had briefly studied it in “Life and Letters of Paul,” written by Miss Johnson, BSF’s founder.  This time,  I was looking for answers to  why some people don’t believe in God.  I have family and friends who once said they were Christians, and now seem uninterested in him.  This year was more than dry theology.  It was painfully personal.

I began Romans as the leader of a group of 15 ladies, in September.

BSF discourages the use of commentaries.  But I’ve been doing family history research the last two years.  I had rediscovered my grandfather’s writing.  Poppop was a Bible teacher and pastor.  Here he’s preaching at  America’s Keswick Bible conference. 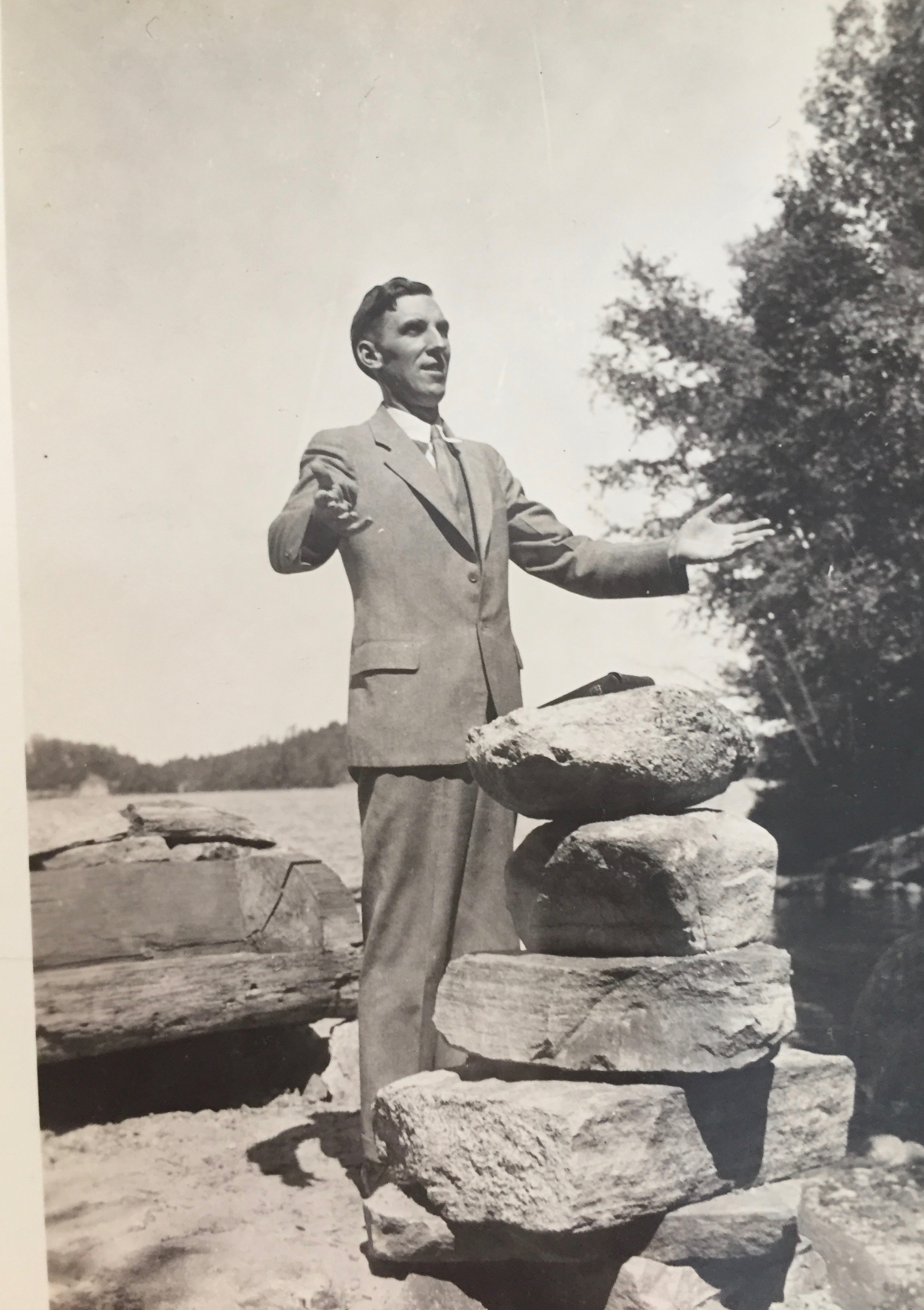 I pulled out Poppop’s sermon outlines on Romans.  Under ‘ROMANS’ he handwrote, “Not To Be loaned.”  Ha!  He would be thrilled to know his granddaughter  was studying Romans and using his notes, too. 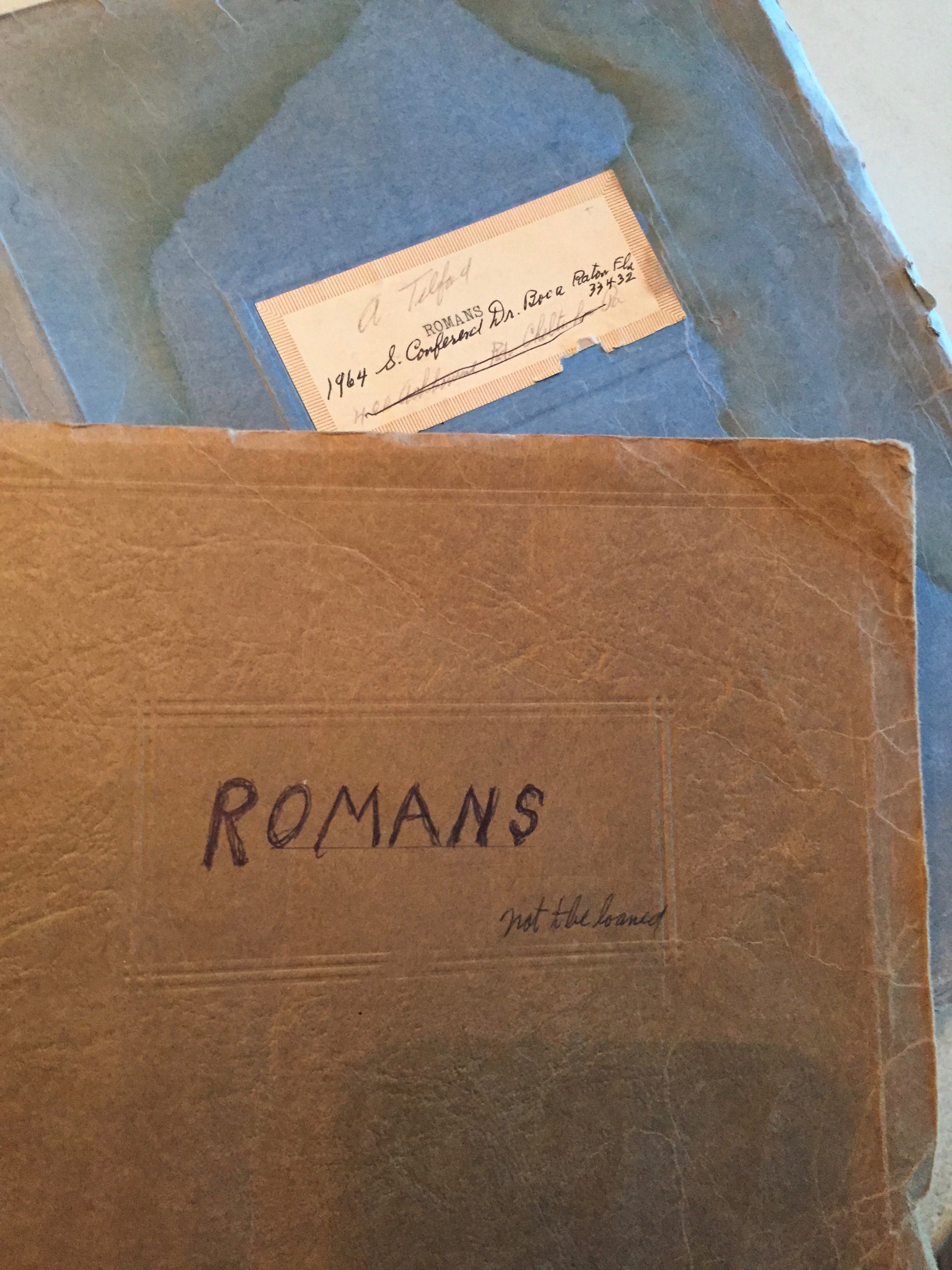 “Read Romans to be grounded in Doctrine,”  Poppop had written in his Scofield KJV New Testament, copyright 1909.  Scrawled among other pithy sayings like, “Why study the word of God?  For the Final Exam,” he had noted, “Gift of David L. Cooper, Walton, Georgia.”   I loved reading his alliterations, squeezed in the margins.   I ended up reading through Romans in the KJV!  The meanings of some verses was more understandable in the KJV than in the NIV! See Romans 8:19. 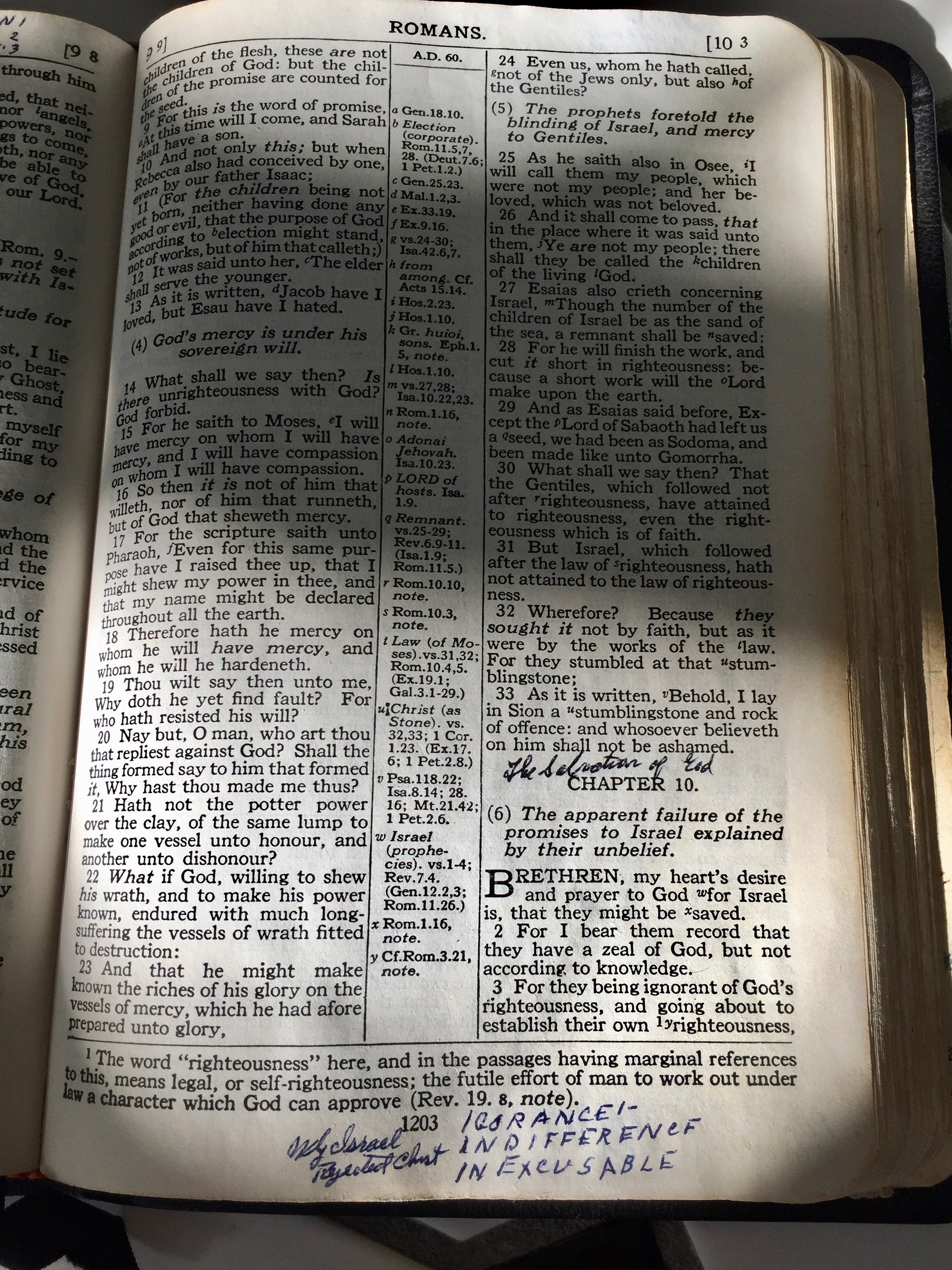 Paul’s letter and writing did challenge my brain; “… his letters are difficult to understand…” (2 Peter 3:16) .  But being a BSF leader was more challenging this year than ever before.  Leaders attend an extra training meeting a week.  Our meeting was at 6 a.m. on Saturdays.  My cataracts are getting worse so driving in the early morning darkness made me nervous.  One of the goals of a small group leader is to build relationships with each woman .  Four ladies in my group slipped away after Christmas because … the BSF notes were too complex?  Wait, they were packed with information, and I learned a lot from them.  I can’t stand it when Christians, especially women,  walk away from Bible study because they think it’s “too hard,” boring or not applicable.   Maybe it was me?  They didn’t connect with me?  I felt bad.

Although sometimes I felt like a failed leader, the group that was left, the remnant (Romans joke), was alive with Spirit directed discussions on Thursday mornings.  We were honest with each other about our struggle to understand why some people believe in God and some don’t.  At home, I read and reread  Poppop’s “Subjects of Sovereignty:”

“I am not presenting these subjects for students in the theological workshop, but for the average Christian who sits in the church pew to hear the word of God presented with a spiritual application for the heart and soul.” (Preface)

One sentence from his book kept coming back to me:  “God’s actions are not based alone on His Foreknowledge but are based in the background of His attribute of love.” (p. 51)  I had noticed that every chapter in Romans mentions God’s love.  I won’t list them.  I still have questions, and wish – no, wish is not a strong enough word.  Paul said it better, “I have a great heaviness and continual sorrow in my heart,” (KJV) that the people I love would receive God’s love, Romans 9:2.

My last struggle this year involves my relationship with BSF.  I’m conflicted.  I love BSF but at the same time, feel an underlying impatience with the Organization.  Their material is sound.  Their method works.  But, they need to continue to adapt in order to reach this generation; my friends, my kids and grandkids.  The changes this year were a beginning.  But they need to continue. People under 40 should be on the BSF Board.  Streamline leadership.  One example: the  Leader’s manual is too many pages and too complicated.  Too much bureaucracy? The notes, filled with excellent content, need to be written towards a new generation who don’t know religious jargon.

These life changing studies are for our children, and grandchildren, too.

It wasn’t an easy year.  But it was a worthwhile year.  I’m looking forward to BSF’s “People of the Promised Land” in the fall.  I may do it as a Virtual Class…

“Who has done such mighty deeds, summoning each new generation from the beginning of time?  It is I, the LORD, the First and the Last.  I alone am he.”  Isaiah 41:4 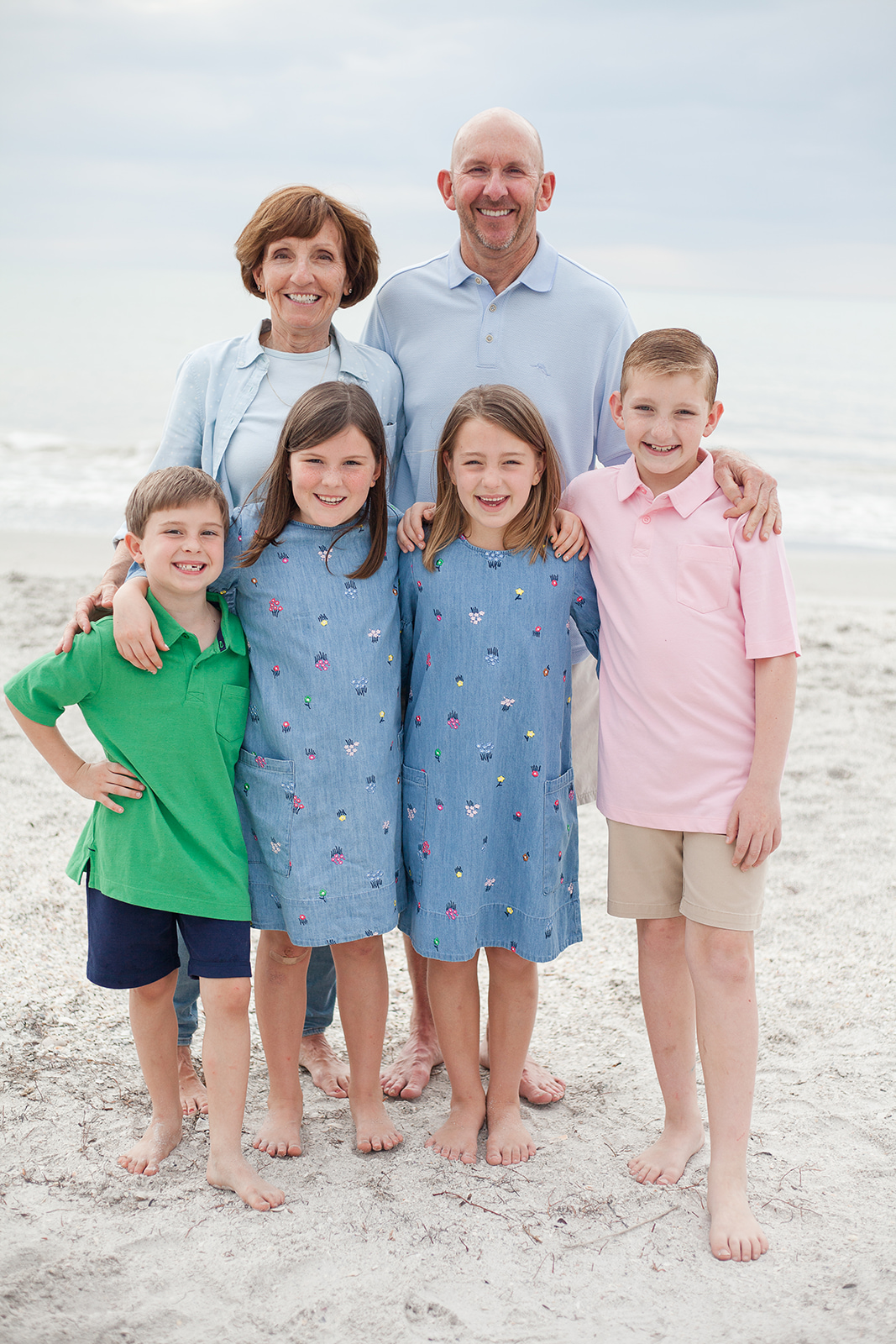