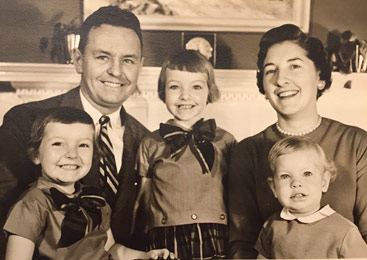 “I don’t believe in God,” I announced to my fellow four year old friends and Sunday School teacher, Miss Watson, as we sat around the formica table at Berachah Church one Sunday morning.

Miss Watson, young and pretty, jumped.  She stopped passing around the lollipops she brought each week, to keep us quiet while she taught the Bible lesson.

“You can’t see him,”  I continued. This the obvious reason he did not exist.

When class was over, she hurried to warn my father, the Sunday School Superintendent.

He listened sincerely, then later he and my mother had a good laugh about it.  I was four.  This became a classic family story.  In my Christian Ed classes at Wheaton, I learned that Piaget’s theory of children’s cognitive development would support their lack of concern. 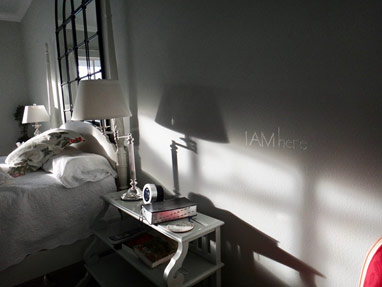 Now 62, I still struggle with the invisible.  A few years ago, I painted the words “I AM here,” from John 6:24, in various spots around my house, as a visible reminder of God’s presence and reality in the day.  I used a shiny translucent white, so that the truth is only seen when the light catches it at a certain angle.  Most of the time it is hidden from view.